5 Ways to Deal With a New (non-Product) Executive 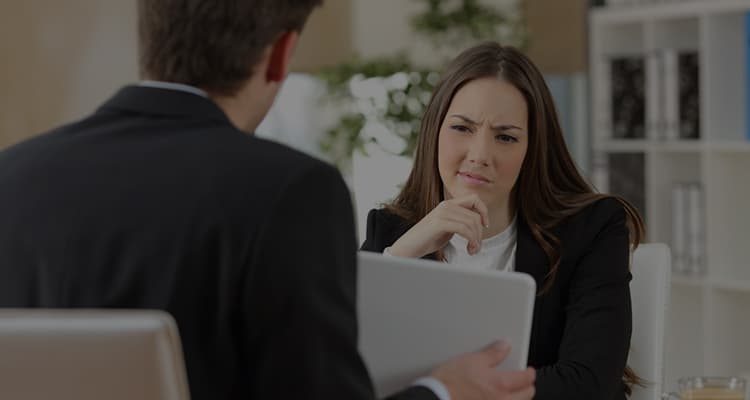 New executive team members can mean serious company growth - generally a great sign for your product team. But this doesn't mean welcoming the new (superpowered) kid on the block is always easy...----When a new executive joins a company, they’re most likely looking for opportunities to make their mark. Depending on their attitude, they may think every decision made before they arrived was terrible (because they didn’t make it) or they could be in awe of their new colleagues and try to overcompensate for their insecurities. Or they might just be trying to justify their new salary and fancy office and do their job.As a product manager/executive, your domain, your previous decisions, and your plans are all likely to fall in the crosshairs of the newbie trying to make a splash. This isn’t because they’re picking on you or don’t like you (although that might ALSO be the case); it’s because product is at the heart of the organization and it’s easy to take shots at it from the outside.So along with that new hire there’s likely to be a stream of passive-aggressive questions coming in your direction:

Along with these sorts of “I can’t believe you already didn’t do this” inquiries being hurled your way, you’re also likely to receive plenty of 'great ideas' from the new guy or gal. And while some of these may be new to you as well, many will fall into the category of “yeah, we considered that nine months ago and here are 16 reasons it’s not going to work".You can’t necessarily blame the new person for this; they don’t possess the institutional knowledge that you and your team have compiled over the years. But how you respond is critical to shaping your relationship with the new VP of X. You can set the stage for either an unpleasant feud; mutual, grudging respect; or maybe even a productive partnership.Here are some tactics for positioning yourself for success with the newest senior staff on the payroll:

Be part of the interviewing team

Even if you don’t have any say over who actually gets hired, interviewing candidates is a great way to establish yourself within the organizational pecking order. The new hire will see that your opinion is valued by the rest of the management team, and it gives you a chance to make a great first impression before you have to deal with any of the messiness of the day-to-day aspects of the job.Once you know who’s hired, it also gives you a chance to prepare for their arrival based on what they said in the interview and what you saw on their resume. If they were excited about viral video as a user acquisition tool, you can have some ideas ready for them to consider… or some data that shows your customers hate watching online video. Knowing what their goals and interests are before their first day is a huge bonus.

Position yourself as the font of all knowledge

Make the first move and schedule some time with the new hire, ideally in a setting that isn’t you meeting in their office. Let them see right off the bat that you have deep expertise on not just the technical aspects of your solution, but the whole ecosystem of marketing, sales, operations, customer needs, and the market you serve.Even if you don’t have the complete answer to everything, being able to answer the newbie’s questions will increase your value in their eyes. When you don’t know off the top of your head, you can point them in the right direction or do the hunting yourself, promptly getting back to them with the information they’re looking for.While you don’t want to position yourself as their own personal Siri, becoming their go-to on information increases your contact with them and displays your value. It gives you an opportunity to frame the answers with context and insights that will improve your standing and make them more successful in their new gig.You can eventually give them the tools to be more self-sufficient, but in those early formative days it’s great to know what they’re asking and provide them solid answers.

Show them the big picture

Someone new to the organization can easily pigeonhole you as only a requirements manager or feature gatekeeper. Get off on the right foot by explaining how the current product and upcoming enhancements fit into the larger strategy.Talk a bit about how you got to this point, sharing some of the key decision points, pivots, and revelations that occurred, but you should primarily concentrate on where this is all leading. Conveying that there’s a master plan and not just a next step in the works will show them that they need to align their own initiatives with the greater cause or provide good reason to deviate.

Find a common cause

The new addition to the team will likely be looking to do a whole bunch of things once they get their bearings, some of which you may disagree with or disrupt your current prioritization. Try to identify one new project that you think IS a good idea and aligns with your plans that you can get them to focus on first. This lets them feel like they’re making progress on pushing their agenda while you still get something you’re happy about. It’s key to not be seen as someone who’s always saying no or perceived as a know-it-all roadblock. Playing ball early on sets the tone that you’re a team player and potential ally.You can even take it a step further and make them an ally for one of your own initiatives that’s been stalled or blocked. With the support of the new hire you might get enough momentum to move forward and get approval.

Being forced to relive, rehash, and relitigate previous decisions can be exasperating, but it is inevitable the new kid on the block is going to want to talk about ideas you’ve already tossed aside. They weren’t here for the original debate, they don’t have the data, and they don’t have the battle scars of the feature that was going to bring in tons of business yet no one ever actually used.So fight your instincts to show your frustration when asked for the nth time why you don’t support Windows Surface tablets or don’t buy components on Alibaba. Take a deep breath and be an active listener, see if they’re bringing anything new to the table, and then calmly explain why your company reached the decision previously, referencing the relevant data when necessary.While they may be disappointed that they haven’t cracked the code with their latest revelation, they’ll also be grateful they haven’t embarrassed themselves in front of the entire management team with an idea that’s already been considered and dismissed.Remember, while every new hire may not be your new BFF or even someone you enjoy drinking a beer with, they are someone you’re going to have to deal with on a regular basis. Making sure your relationship doesn’t turn adversarial is largely based on the foundation you build in those early weeks working together. So create a solid base from which you and your new colleague can take the company to new heights together.