Getting Back to Play: How Play and Playfulness Can Lead to Better Products 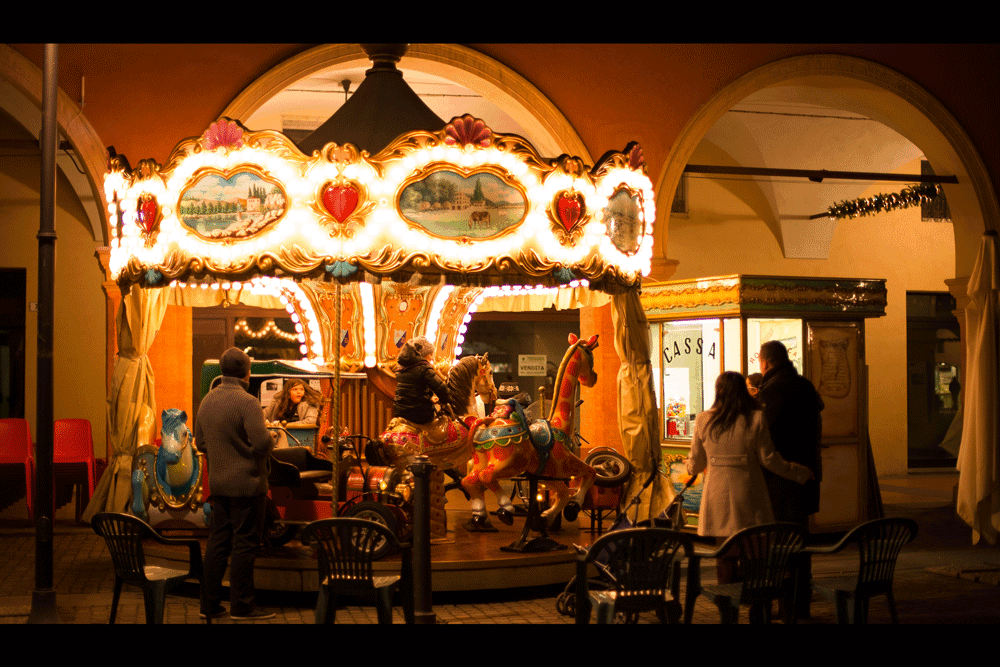 Courtesy of Mark Freeman.[/caption]When I was about 10 I found a picture of a Jackabasselope, also known as a Jackalope. For those that don’t know, a Jackabasselope is a rabbit with horns. I think I found the image in a Far Side comic. I had a pet rabbit at the time, and I came up with elaborate stories about Jackabasselopes. They had horns made of pure gold, and would put curses on anyone that hunted them. I played pretend with this idea for hours. At one point I even made paper maché horns for poor Mr. Bun. Eventually I lost interest in these games, and forgot about the Jackabasselope.Fast forward 20 years. I was gifted some deer horns by a friend’s father. I had them for several months, before an afternoon of crafting with gold leaf brought my Jackabassalope back from the dead. I spent some time applying layers of gold leaf to my horns, while making up stories that smaller Jackabasselopes have greater gold density in their horns and are therefore more desirable. Blah blah blah.

I realized that afternoon that I’d been playing pretend with this idea for nearly 20+ years and it resulted in a beautiful new display for my walls. his got me thinking about play and the effect that the act of play has on us as adults, specifically on adults who are in creative industries. How have we developed into creative people? How can we think about making leaps in innovation and creativity more consistently?My mum is an early childhood development specialist and I grew up hearing her talk about how kids develop. From birth to the age of 6, children move through three different buckets of play. These are fluid states and they overlap and come up again depending on what a child is doing. They are:

Play as it connects to ourselves and what is directly around us. It’s here that we recognize what is “self” vs. what is “other.” It’s here that we explore the initial human geography and develop our sense of taste, touch, sight, sound and smell.

This connects us to our immediate environment. We’ve expanded to include the people and objects around us, and we include them in our games. It’s a creation of configurations, patterns and rhythms. It’s where children can start to explore make believe worlds and use representation and pretend to start mastering skills. Rules are flexible and often discarded to make way for extraordinary circumstances.

Play as it connects us to a larger societal context. In the macrosphere, children can take tasks or activities that are “adult” and bring new life to them simply because they don’t know what’s allowed vs. not allowed.When kids play in these different spheres, they develop all kinds of cognitive and emotional skills. The way we played as children deeply affects how we think as adults. Moreover, continuing to force ourselves into these playful states helps us as adults to think about things in innovative ways. Albert Einstein, Pablo Picasso, and Nobel prize winning scientist Andre Geim all credit continuing to view their work as play as key to producing their best efforts.

Products That Make Use of Play

Some of the best products out there make use of these concepts of play and how it causes us to connect with ourselves, our direct communities and the greater world. Here’s two examples of products that make use of play:

With their Doodles Google took at concept as simple at a Logo and turned it into an opportunity to connect their users to the macrosphere, by using cartoons and gifs to educate us about events, scientific concepts, and moments in history. It’s a simple but effective way to get our eyeballs on things that we normally wouldn’t pay attention to, or put us in touch with a larger community.

Single Page narrative apps like EveryLastDrop have seen a huge explosion in popularity because it keeps users bounded in a microsphere type story. One perspective, one journey, and it let’s them be a part of it by letting them control the pace, experience movement, and patterns.

Play as a Mindset

Sometimes play can simply be a mindset or a process, like Why’s philosophy of Irresponsible Coding, in which he posits that behaving as if there are no rules, consequences or any way that things are “supposed to be done” helps drive him towards bigger technical breakthroughs.So ask yourself:

How does your product connect your customer to their world?

Does it invite them to find out more?

Does it invite them to participate in the story?

Can you examine your product for opportunities to make it more playful?

Related Posts
Metrics that Matter: Taking action on data
4
min read
Overcoming your Company's Fear of Failing
4
min read
Determining How and When to Delegate Product Management Responsibilities
4
min read
< BACK TO BLOG