What's the Best Way to Share Customer Feedback with Product? 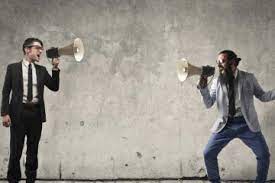 How should customer support share customer feedback with the product team? This is not the first time we've heard this question, and the "right" answer seems to be somewhat of a point of contention depending on who you ask. Some teams swear by feedback meetings, others say all hands support is the end all be all. Regardless of the feedback communication system used, most support teams agree that the underlying goals are the same: to have more say in product decisions in order to make customers happy.

At the Root of the Issue

A few months back, Richard White (CEO and founder of UserVoice) presented a talk at UserConf Portland on how to give customer support more influence over the product roadmap. ICYMI: A product roadmap is a structured way to answer the question, "What's coming in the next release...and in the next ones?" Sales teams, stakeholders, and customers ask this question most frequently, but whose feedback actually gets listened to and acted upon is a bit surprising. You can watch Rich's full talk below, or keep reading for key takeaways.

Not too long ago we conducted a product management survey, asking 300 product managers to rank who has the most influence over the product roadmap. Product Managers ranked themselves highest, followed by Executives, Sales, Users, and Engineering. Customer Support ranked second to last ("just above robots"), although they are the ones listening directly to customers who are actually using the product (no matter what it is).

A follow-up question to these same 300 Product Managers was, "Whose feedback is valuable" vs "Who has influence?" Customer Support was under-represented, second only to the users themselves; their feedback was considered valuable, but because they had little influence, their feedback was not acted upon. Meanwhile, feedback from salespeople and executives was over-represented, meaning it was listened to and acted upon more than was justified. Influence over the roadmap and value to product managers are clearly not aligned. To illustrate this challenge, Rich presented three ways folks share product feedback with product managers:

I. The Telephone Method

This is reminiscent of the child's game of "Telephone." As Rich says, "Someone says something, and something very different comes out the other end." This method of sharing information has no quantitative data attached to it and the sales force always wins with the telephone method, because "they have this trump card – 'I just lost this deal, bro' - … It becomes this big debate, whose feedback is more valuable."Revisiting our product management survey, another follow-up question we asked: "The feedback I get is high-quality and can be trusted." Based on a Likert scale ranking (1 – 5, with 5 being the highest), in order of trustworthiness,  Analytics ranked highest, followed by Engineering, Users, Support, and Executives. Sales ranked lowest on the trustworthiness scale by a wide margin. However, lack of trustworthiness and valuable feedback did not seem to negatively impact the amount of influence salespeople have on the product roadmap.

The telephone method for sharing customer feedback, which is the current state of affairs in many places, is a roundtable of opinions. Harking back to the survey, those with the most influence - Executives, Salespeople, and Product Managers themselves – have the most say in what happens next with the product while the people who actually use the product, who probably have the most valuable feedback, are rarely, if ever, consulted.A somewhat better method for sharing feedback that's used by a number of companies is what Rich calls the feedback categorization method:

This approach is "the most common method with folks …" and provides some quantified data to back up qualitative customer feedback. True to its name, the categorization method involves dividing communications from users into categories. Customer support teams "… try to bring data instead of opinions to the conversation." Yay, data! However according to Rich, the problem is this method doesn't go far enough. Requests and complains are presented alongside data, but the data is often not specific enough for product managers to take meaningful action on the data provided by customer support. Which brings us to another finding from our product management survey: only "14% of Product Managers said they have an effective process for getting feedback from their sales and support teams."

The third method for communicating user feedback to the product team, is arguably the most exacting and labor-intensive approach, but its objectivity makes it the most credible, effective way to give data to product managers. Rich says, "We need to link [the problem] with the root cause.  I'm actually connecting the [help] ticket to what caused it [to be generated] in the first place." This allows customer support to "… close the ticket and forward this [feedback] on to Product."The fully data-driven method gives product managers more actionable data to work with. If you bring them this combination of qualitative and quantitative feedback, they'll sit up and pay attention to what they're hearing (or reading, if it's a written report). It's difficult to argue with data.

The specific nature of the info from customer support plus with hard numbers, quantifies the idea which according to Rich, "can be linked to other ideas and this allows the Product Manager to say, 'Wow, this is something meaningful.'" With facts, the Product Manager can, for example, "go back and counteract that Sales guy."